8 of London’s Most Beautiful Hidden Interiors

London is home to some of the most amazing interiors in the country but many of them are hidden away in places you’d never think to look. The capital has hundreds of spaces that are celebrated for their grandeur, architecture, beauty or quirkiness, but plenty more are either not well known or the public are unable to access them apart from on special occasions.

Here are eight of London’s most beautiful interiors that you probably never even knew existed.

The Painted Hall at Greenwich’s Old Royal Naval College is a Baroque masterpiece often referred to as ‘Britain’s Sistine Chapel’. It is home to one of the most spectacular interiors in Europe, which was designed and painted by a British artist called Sir James Thornhill. The enormous painting took nineteen years to complete, and earned Thornhill a knighthood. The painting needed to be so grand because of the importance of the hall: originally intended as a dining room for naval pensioners, it soon became a ceremonial space used for special functions. The most important of these was the lying-in-state of Lord Nelson in January 1806. Huge crowds came to view his body, and the exact spot on the floor where the coffin lay is still marked with a plaque.

The Draper’s Hall is home to the the Worshipful Company of Drapers, one of London’s historic Twelve Great Livery Companies. The Drapers’ Company, as it is usually known, was founded in the Middle Ages and has been located in Throgmorton Street since 1543. The company purchased what had been the mansion of Thomas Cromwell from King Henry VIII after Cromwell had been executed in 1540. Since then it has been destroyed and rebuilt twice due to fire, but it survived the Blitz and retains an incredible Victorian livery hall which has been used as alternatives to Buckingham Palace in film and TV productions including The King’s Speech and The Crown.

Two Temple Place, which is situated near the Victoria Embankment in central London, was known for many years as Astor House. It was built for William Waldorf Astor, a newspaper proprietor, hotelier and financier, who was for a period of time the richest man in America. It was designed by architect John Loughborough whose only instructions were that the building should celebrate the liberal arts and literature. The finished result was one of the most opulent homes in London, featuring a Great Hall that has a ceiling carved from Spanish mahogany and is lined with a frieze of portraits of characters from history and famous books.

The Daily Express building on Fleet Street was designed in 1932 to serve as the home for the newspaper of the same name and is one of the most prominent and celebrated examples of Streamline Moderne architecture in London. The lobby, which is hidden away from public view and only seen by employees and invited guests, features two plaster reliefs entitled ‘Britain’ and ‘Empire’ by British sculptor Eric Aumonier. It is one of the most impressive and ornate Art Deco interiors in Britain, and was saved for posterity when the rest of the inside of the building was demolished and rebuilt in the 1980s.

Better known as The Gherkin, 30 St Mary Axe is a commercial skyscraper designed by Norman Foster, which was built in 2003. It’s an iconic building, which is hailed as a prime example of Neo-futuristic architecture and instantly recognisable on the London skyline. However, it’s not just the exterior of the building which is striking: the top floor of the building is home to a bar and restaurant with incredible 360-degree views across London.

The St Pancras Renaissance Hotel was originally opened as the Midlands Grand Hotel, which was designed by George Gilbert Scott and operated between 1873 and 1935. It was then used as railway offices up until the 1980s when it fell into disuse until it was redeveloped into a new hotel that opened in 2011. It is now hailed as one of London’s most romantic buildings and features Gothic Revival metalwork, hand-stencilled wall designs, gold-leaf ceilings and an impressive grand staircase that many people will recognise from the Spice Girls’ ‘Wannabe’ video.

Crossness Pumping Station is a former sewage pumping station designed by Sir Joseph Bazalgette, which opened in 1865. It features some of the most spectacular ornamental Victorian cast ironwork that can still be found in the world. It’s an unlikely place to find design inspiration, but the incredible colours and attention to detail found within what could be a very pedestrian building have given it the description of the ‘cathedral on the marsh’. The exterior is magnificent too, including a striped chimney and doorways modelled on Norman cathedrals.

Out in the wilds of South London is the Rivoli Ballroom, the only intact 1950s ballroom that remains in the capital. It is famous for its original decor and interior fittings, which includes red velvet seating, flock wallpaper, glitter balls, chandeliers, huge Chinese lanterns and a sprung Canadian maple floor. It is still in use as a ballroom and has in recent years found favour with film and video makers, featuring in many productions including Tina Turner’s ‘Private Dancer’ video and the film Avengers: Age of Ultron.

London is a huge city with many intriguing places hidden away from the public eye. These less well known destinations can easily compete with some of the capitals most visited and celebrated sites, if you know where to look for them. Being prepared to step off the beaten track in search of these architectural gems will reward you with a glimpse of some of London’s best kept interior secrets. 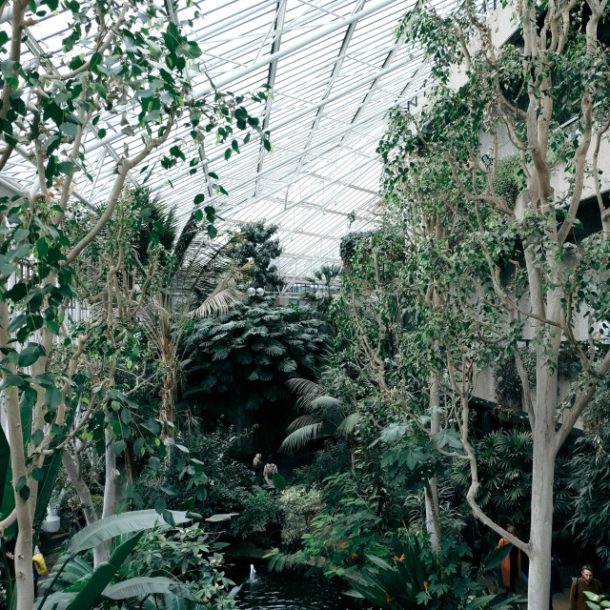 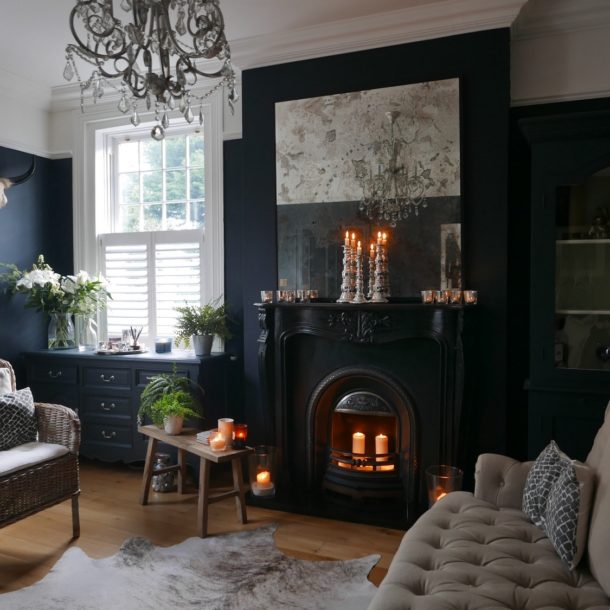