British interior design has been the envy of the world for hundreds of years, with British designers creating the defining styles of the ages from the Georgian period all the way up to the contemporary luxury modern look we enjoy today. The sophistication of British interior design is rooted in this illustrious history, as well as the role call of inspirational British designers including William Kent in the 18th century, George Rennie Mackintosh and his wife Margaret MacDonald in the early 20th century and Nicky Haslam around the turn of the millennium.

UK designers are still blazing a trail through the world of interiors, melding classic British style with a wide variety of aesthetic influences from all around the world. Here are six of the very best.

René Dekker is an internationally famous designer known for providing the ultimate in luxury and opulence. With over 25 years of experience, Dekker’s studio has designed interiors for spaces including residential properties, commercial projects, grade-listed buildings, luxury homes, apartments, yachts and hotels.

Though Dekker’s studio doesn’t have a house style, they generally start with a neutral base of colours such as mushroom and taupe, then layer up details that speak for themselves, including carefully considered features and unique finishes. The studio has won several major interior design awards, and Dekker writes for international publications including the Interior Designers Handbook, as well as sitting on the judging panels of several industry competitions.

Oliver Burns is a luxury interior design house founded by Joe Burns and his wife Sharon Lilywhite specialising in prime and super-prime property. The company lives by a philosophy of ‘thoughtful luxury’ and strive to create interiors that balance functionality and looks, but they also attempt to go beyond mere aesthetics, creating spaces that reflect deeper values and meanings.

Oliver Burns has won many awards, including four highly regarded honours at the UK Property Awards for their work on Walpole Mayfair, a property which was originally home to Britain’s first Prime Minister, Sir Robert Walpole. Oliver Burns restored the property back to residential use, preserving the building’s remaining Georgian features whilst adding contemporary touches and comforts.

Kelly Hoppen received her first interior design commission at the age of 16 when she was asked to design a family friend’s kitchen. Since then her career has gone stratospheric and she has designed spaces for A-list celebrities including Madonna, Elton John and David and Victoria Beckham. Recent projects include a collaboration with Disney for Mickey Mouse’s 90th anniversary, the LUX* Grand Gaube hotel and One Park Taipei, an ultra luxury residential tower block in Taiwan.

Hoppen is famous for her trademark use of a neutral palette and she is unofficially known as the ‘Queen of Taupe’. Of her design philosophy, she says: “It’s about creating calm, balanced environments based on Eastern cultures… How people feel in a space is as important as the way it looks; one can’t be without the other to succeed.”

Nicky Haslam is one of the few designers who is so well known even beyond the world of interiors that they can claim to be a household name. Haslam is famous for his exuberant style and upmarket taste and counts Princess Diana, Rupert Everett, Rod Stewart, Mick Jagger, Francis Bacon, Paris Hilton and the Dorchester Hotel amongst his many clients.

Projects range from residential interiors to commercial high street ventures and corporate design, and Haslam has worked all over the world in countries including the USA, Canada, Monaco, Switzerland, Russia, France, Italy, Morocco and the UK. Haslam says of his stylistic approach to interiors: “I am a firm believer that bold gestures, be they in shape, texture or colour, are a requisite of good design.”

Louise Bradley’s studio has been creating luxurious interiors for almost 30 years. Bradley opened her first shop on Walton Street in London in 1991 and the business has grown exponentially, now boasting an 8,000 square feet flagship store in Knightsbridge. She employs a team of architects, designers and product designers to create and deliver exceptional interiors for private clients across the globe.

Bradley’s aim is to ‘create a space which is ultimately beautiful, supremely functional and a true reflection of the client’s needs and aspirations’. Her signature style is a fusion of classic and contemporary, and she is known for her unusual eye for colour and unique talent for textural layering. However, she has a very flexible approach to designing for her clients, saying: “A client comes to us for our ethos. We’ll adapt it to fit the client. That’s part of the challenge and the beauty of it, that you’re always stretching and evolving.”

Laura Hammett runs a multi award-winning luxury interior design and architecture studio in London. Compared with some of the more established designers, Laura Hammett is relatively new to the scene, having graduated just under 15 years ago, but since then she has made the leap from working as an intern at a start-up to building up a company that she runs with her husband Aaron, a product designer, and which now employs a team of 15 people.

Hammett has designed interiors for spaces including traditional homes, contemporary apartments and even a private jet, and her work can be found across the world. She describes her signature style as “classic contemporary using simple forms and neutral palettes but focussing on details and luxurious finishes, from interior architecture and joinery through to furniture and styling.”

The interior designers profiled here are just a small selection of the pool of talented and interesting creatives that the UK has to offer the world. By following the latest trends, whilst not being afraid to make bold leaps into the unknown to follow their unique visions, they have risen to the top of their chosen profession. The phrase ‘Made in Britain’ has always been a mark of excellence, style and timeliness, all qualities that these designers showcase through their stunning interiors. 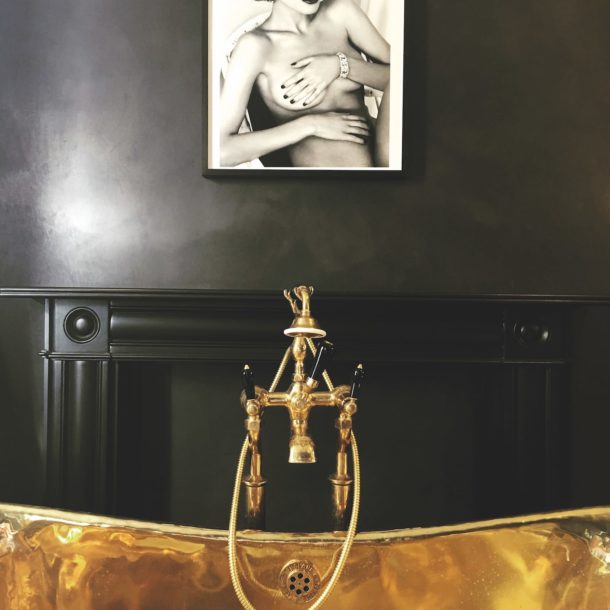 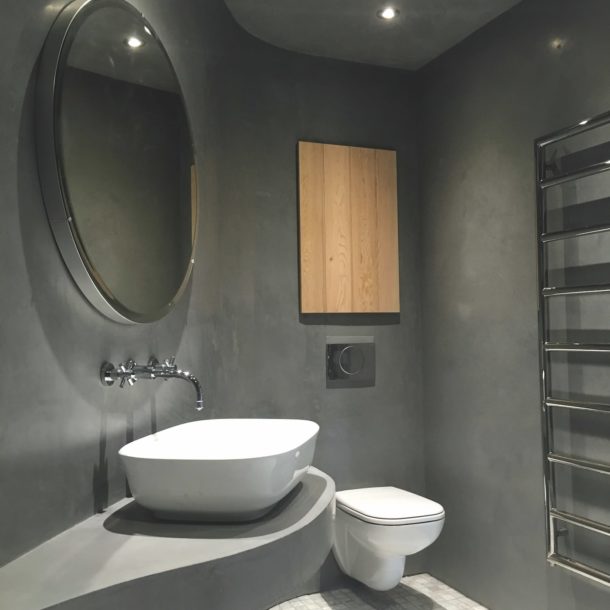 Decor Tadelakt
For all enquiries, please email us at
info@tadelakt.co.uk